So, we all know that there are probably as many yoga styles as there are people at the moment.

Alright, that is a bit of an exaggeration… There are many styles though, but for this article, I’d like to focus on Hatha Yoga and Vinyasa.

For all of you who already have some experience with both styles, if you’d like you can stroll down and just enjoy the two sequences I posted down below!

But first, let’s have a look at the two seperate from each other:

What Is Hatha Yoga?

Well, to know what Hatha Yoga truly is, we will have to look at the history of it.

We are not going to dive too deeply, but for starters, we’ll be looking at the name itself.

So Hatha derives from Ha (which means Sun) and Tha (meaning Moon). When both of them come together you’ll get sun and moon yoga.

To go a little bit deeper into the terminology and esoteric background of yoga: You can say that the sun in Yang energy (vivid, energetic, power-full, …) and on the other side the moon that signifies Yin energy (Peace, quiet, silence, …).

When both of them are connected you’ll see it’s all about balancing these two energies.

We are very often subjected to these differences in energy. It can happen that someone cuts us off in line in the grocery store and we get a bit angry. This means that the yang energy here will be taking over.

Bringing a balance to these energies is one of the goals of yoga as Yoga itself means to yoke or to unite.

And then there is also a second meaning of the word Hatha, which means Force(ful). And even though it sounds a bit strong at the moment, it just means very simple: With force (body movement, pranayama, …) Uniting yourself.

It just means that when you do the physical movements, you’ll be coming closer to find that union within yourself.

Ok, this was kind of a big detour towards what you’ve actually been waiting for:

WHAT IS HATHA YOGA?!

Well, it’s the oldest version of yoga. It’s the one that has been passed on from teachers to students for thousands of years. 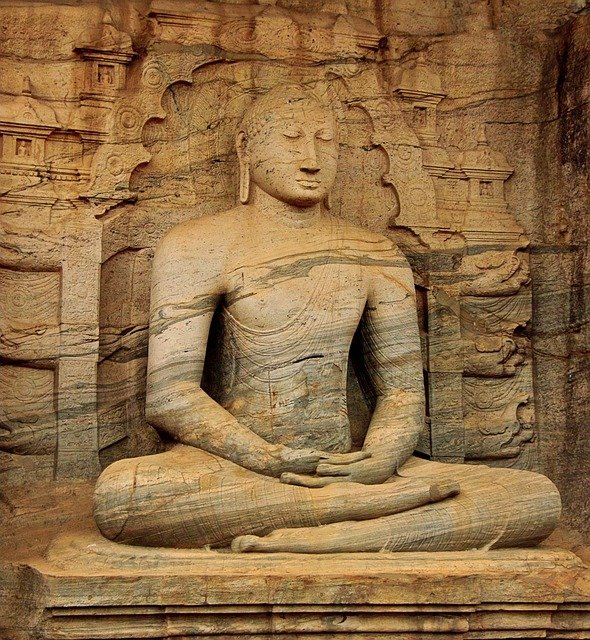 It’s also seen as the style of yoga where all others have been finding their origin from (except for Kundalini, this one is a little different and also very old already).

You can call it the mother of yoga maybe.

This form of yoga is a bit static.

You’ll be going into a certain position, and in this position, you’ll be doing some breathing exercises.

Normally you hold this position for up to a minute, but not much longer than that.

The idea of doing these asanas like this is to open up your pranic channels and to prepare the body to go into meditation. But I do suggest you also read a bit more about Asanas in this article.

And now you know all of this information, it’s time to move on to Vinyasa Yoga! And as you know by now, this one is the offspring of Hatha Yoga.

What Is Vinyasa Yoga?

The origin of Vinyasa can be dated back to about 1000 – 500 B.C. However, it’s only in the 20th Century that people started to really promote it more.

So, is it the big brother of yoga or is it the sister? We probably won’t know, and it also doesn’t really matter.

Vinyasa made its first appearance though through the namaskaras, or the salutations. Which is the main part of Vinyasa Yoga.

And again, we’ll be looking at what the name is actually meaning before we move on to what it actually IS.

The name comes from Nyasa, which means To Place, and Vi which is In A Special Way.

Bringing them together: To Place Them In A Special Way.

Yeah I know, the first time I found out the true meaning I was also a bit disappointed. But, it’s not about the name, it’s about the feeling it gives you while you are doing it, isn’t it?

The namaskaras are certain positions put in such a way that they can create a flow. Take one of these asanas out, and you lose the whole well-built sequence.

Even worse, you’ll even see that it’s not even possible anymore to perform the whole sequence as the chain is broken.

And now the true question again:

WHAT IS VINYASA YOGA?!

within Vinyasa you’ll be finding a lot of similar positions that you’ll also see in Hatha yoga. It’s a very thin line between the two of them.

The biggest difference is that it’s less static though.

Within Vinyasa you’ll be moving a lot.

Normally between every breath, there is a different position to take. Making it quite high in pace and sometimes it can even be seen as a workout on its own.

And normally, there should also be some Hatha incorporated more in the end, to cool down.

Is Hatha Better Than Vinyasa

I really can’t say that one is better than the other. They both have their own properties and they both can be seen as an individual style as well.

This is a comparison of both, there are many more differences that I could mention here, but these are the biggest ones. And these are also scientifically proven.

As you can see, they are completely different and I’d like to chance the question to: Which style of yoga is the best for me at this moment?

Yoga is not just about what is best for you in general. Your mood, your body, your whole being differs from day to day. This means that you’ll have to see which style you need more the moment you jump onto your mat!

Here are a couple of videos for you to see in action what the difference is between the two.

And of course, if you’d like more information. I offer private online classes. So it’s up to you to tell me what kind of day it is!

I hope to see you on the mat!

Free Yoga Sequence To Get Into Wheel Pose

Is It Really Worth Making Your Own Tofu?