I’ve heard it a couple of times as a yoga teacher when I was meeting other people: I can’t do yoga because it’s against my religion. In this article, I want to dive in a bit deeper to see why it might be against someone’s religion to do yoga and what yoga teachers or yourself can do about it to make it suitable for everyone.

And first of all, I’d like to say that I hope I don’t offend anyone by writing this article as I’m just trying to educate myself and others about different cultures and religions. If you found anything that didn’t match at all with your religion, please let us know in the comment section below. The Yogi Life For Me is always open for other opinions and to get educated at things we don’t know a lot about.

Is Yoga A Religion? 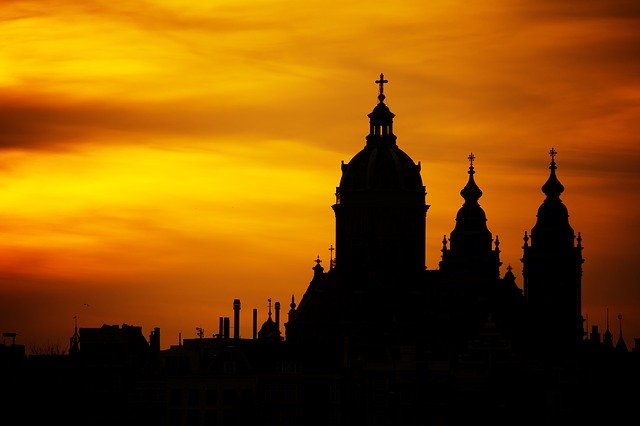 This on its own is not an easy question to respond as there is no real black and white answer. Which made me wonder why I started writing this article in the first place. Then it came to me again, I love talking and learning more about religion and I hope by writing this article I could learn a little bit more and educate others as well.

So, back to the question if yoga is a religion. In the root of its creators, yoga is deriving from Hinduism, and therefore it used to be a big part of their religion. Now, practicing yoga doesn’t make you Hindu as within the Hindu scriptures it’s stated that you have to be born Hindu and you can’t become Hindu by choice.

But that’s about it for the religious part. When yoga came to the west it got through a very big transformation process. One where yoga hasn’t been fundamentally about religion anymore. A lot of people these days are practicing yoga and not all of them are Hindu.

There has even been a trial from parents that didn’t want their kids to be doing yoga at school as they said there wasn’t a place for yoga because of its spiritual and religious connotation. A judge then ruled that yoga is a phenomenon within the American culture and couldn’t be seen anymore as something that just belongs to one religion.

That, together with millions of people practicing and shaping yoga throughout the years has made that yoga these days is less about religion and more about mindfulness.

Another thing to be said about yoga is that it has a belief system. Although Patanjali didn’t speak a lot about God within his 8 limbs of yoga, there are some ethical rules to be followed. These guidelines on how to live your life aren’t that different from any other culture or religion. These rules aren’t bound by any God, but they are merely guidelines on how to live a good life, which again doesn’t make it a religion.

I talked about the yamas and niyamas before, which are guidelines on how to live a good and honest life, now we’re going to look into other cultures and see if there are any reasons why they shouldn’t or couldn’t practice yoga. 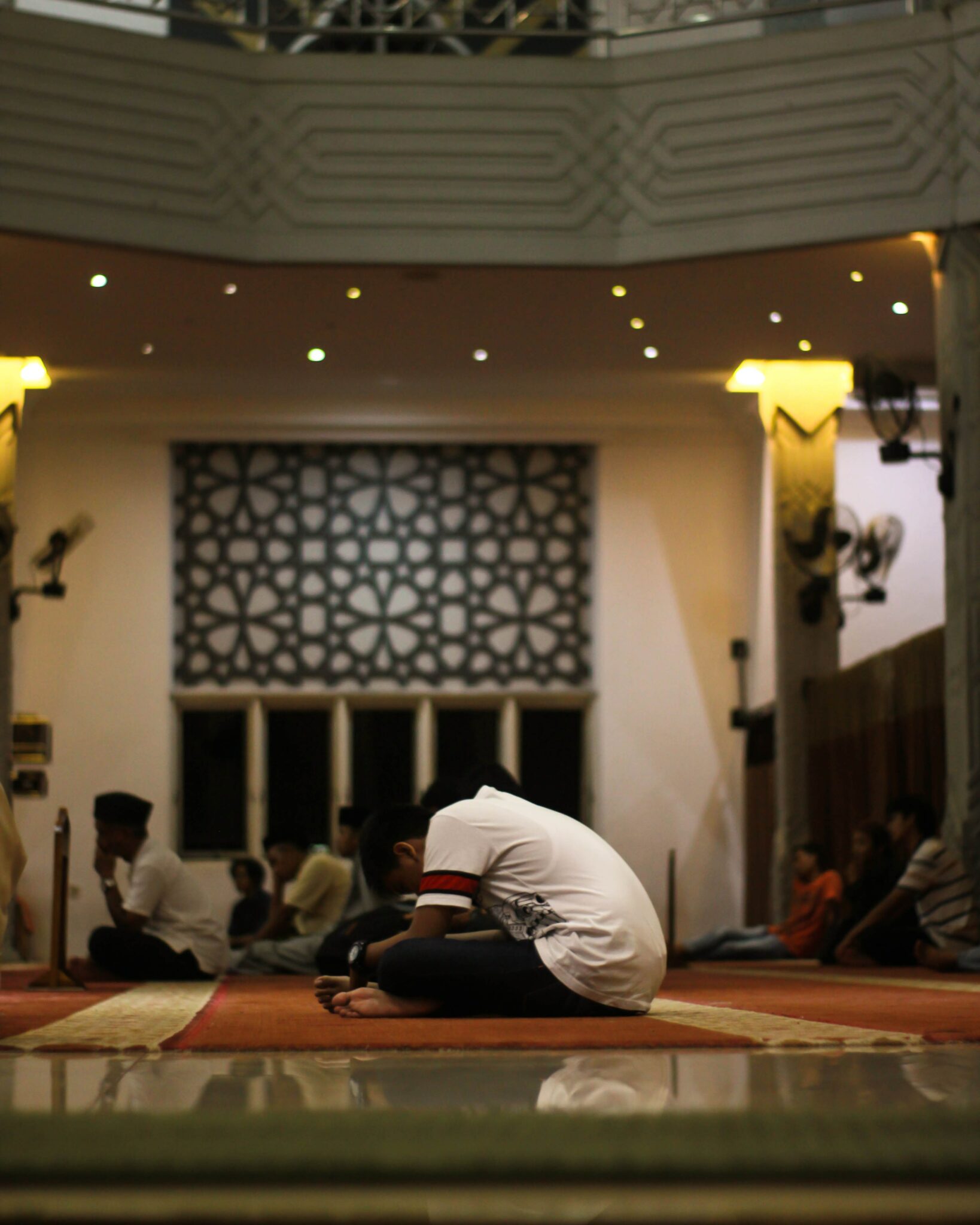 When you think about Islam, you don’t think immediately about yoga. However, more and more Muslims are doing yoga as well and they are seeing similarities between their culture and the yogic culture. Not only that, but within Islam, you’ve also got the Sufis, which when looking closer upon their beliefs, is quite similar to yoga.

So, let’s begin with the latter, Sufism. Also known as Islamic Mysticism. The Sufis are actually meditating and chanting and bringing their attention inwards to be closer to god. Not only this, but their practice is also to open up their hearts. Does this sound familiar? I mean, heart openers within yoga?

You might even know a bit already about Sufism without knowing it as Rumi was a Sufi himself back in the 13th century. And even up until this day you can still find very inspirational quotes from him.

I also have to say that they have amazing meditations. One of which is known as sema, which in modern days is also known as whirling. Within this practice, you whirl around your axis to get closer to your center. The repetitive movement and music which is played make that you go into a kind of trance that brings you to no-mind. The state where there are no thoughts.

Not only is it great to look at, but if you have the chance to, it’s great to participate as well to see what it’s really about.

Of course, Sufism is just one branch of Islam and not every Muslim could be called a Sufi. Therefore, we have to take another look as well to see whether or not Muslims can or can’t practice Yoga. And within my search for my answer, I came across this article, an interview with Sadaf Jamal. A Muslim woman who is also a yoga teacher (hint, this already means that it’s not completely forbidden to do yoga).

Yet again, there is no simple yes or no answer on whether or not you can practice yoga as a Muslim. For this, we have to go back to the beginning of our article where it states that yoga used to be a big part of the Hindu culture, yet today it’s been transformed into something more spiritual than religious.

This means that if you look like a Muslim at yoga in a way that it’s about mindful, rather than about getting closer to god, it’s allowed to practice. It does mean of course that you can’t be singing mantras that are dedicated to the Hindu gods. Which I think is more than normal considering that I also wouldn’t chant a Sufi mantra as Islam isn’t my religion.

If we even take a look closer to spirituality, you can say that it’s not about God. Spirituality is a philosophy on how to live your life and how you fill it in, is your choice. For this, we can look at Buddhism as well. They aren’t always seen as a religion as they don’t have a God to worship. This makes Buddhism, just as yoga, a way of life, which can easily be incorporated within a religion.

To conclude, here’s another article where a couple of Muslim yogis are interviewed and they’ve given their view on yoga and Islam. It’s a great read and it talks a bit about the similarities even between Islam and Yogic philosophy.

Yoga In Other Religions 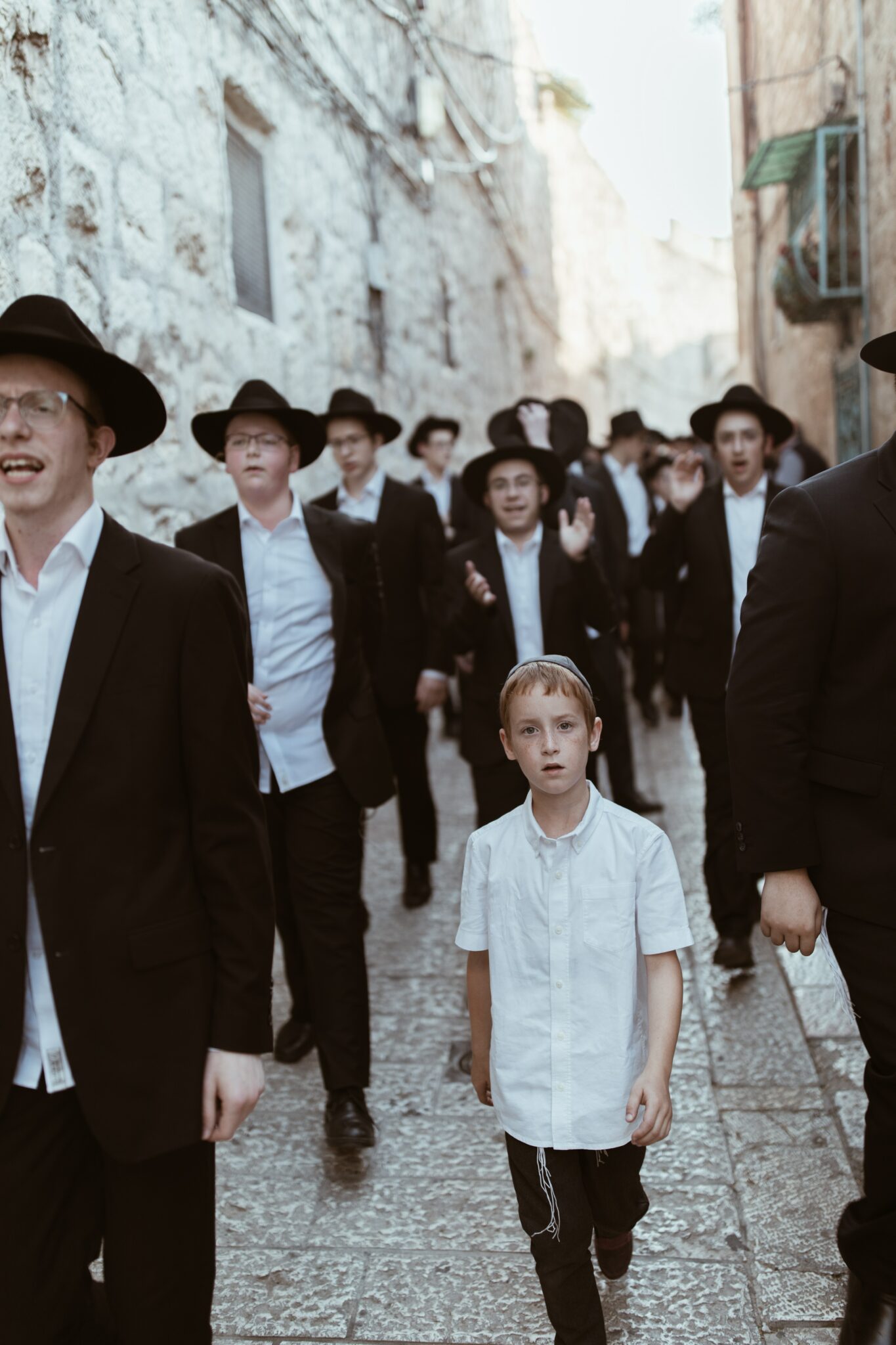 I first wanted to discuss if you can do yoga within other religions as well, elaborate on every religion there is out there. However, within my research, I found that the above answer on the question if Muslims can practice yoga is the same as for the other religions.

Therefore, you can replace the header above with Yoga and Judaism, Yoga and Christianity. All of the articles that I looked upon had the same thing to say, they are all having the same kinds of thoughts and the same kind of ideas. If you don’t look at yoga as a religion, it’s possible to practice it whether you are a jew or a Christian.

The next chapter in this article will be for us yoga teachers, as we have to make sure that everyone coming to our classes feel welcomed and appreciated. Of course, non-teachers can read on as well if they’d like to have an in-depth talk about how to deal with multicultural students ;).

The world these days is getting more and more multicultural. Which is a challenge, but also a very great thing as we starting to mix and learn from each other. So let’s just say that it is a very interesting challenge. As a yoga teacher, we’ll also meet different cultures and when we go abroad to our teacher training, we will meet even more cultures. But how can we deal with it in our classes? There are a couple of things you can do to make sure everybody is welcome in your classes.

Namaste for Other Cultures

During our training, we’ve learned the meaning of the salutation of Namaste. Which stands for equality of everyone around and is an acknowledgment that we all derived from the same energy, which makes us the same. However, not every culture is allowed to say this greeting and therefore we have to be aware that not everyone will be comfortable when you open with namaste in your classes. 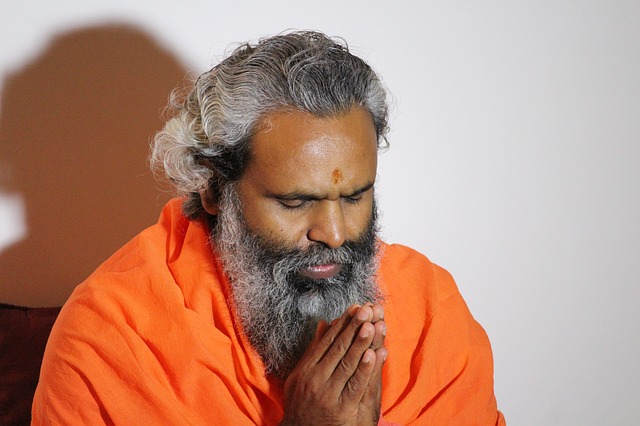 A way to address this is by leaving out this greeting, of course, but there are other ways as well. I’ve come across a couple of articles where they say that it’s not allowed for people to use mantras or salutations that are connected to a religion. However, you can say Namaste to someone and the other can use a proper greeting that is typical for his culture.

In short, when you see someone coming into your class that is wearing or addressing that he or she has a different religion, you can tell them that they can reply in whatever way they’d like. And yes, it’s just easy as that.

Don’t be afraid of addressing something like this, as not doing so might have even more consequences than going into dialogue. Your students will feel seen and appreciated and there’s a bigger chance that they’ll come back to one of your classes!

Mantras for Other Cultures

Another part of teaching yoga to a multicultural class is the singing of mantras. This might be a bit more difficult as not everyone can sing all of the mantras that are out there. Luckily they aren’t all religious and there are a couple you can choose that are very neutral and very powerful as well. With the following mantras, you actually can’t do anything wrong. But I do have to say that ‘om Namah Shivaya’ isn’t one of them, so better to avoid the latter.

Said, this mantra is about wishing everyone the best of luck and that you hope you can attribute in other people’s happiness. There’s nothing wrong singing this one, am I right?

This one is a chant of peace. No harm in that one either!

If you have more questions, feel free to ask them in the comment section below.

What is Incense Used For?

The Road To The Yoga Sutras: Atha Yoga Anushasanam

The Yoga Sutras by Patanjali: Pranayama