In this article here we’ll be looking at some gay yoga retreats that will take place in Asia. As Asia isn’t always that gay-friendly though, it’s also often referred as yoga for men.

Of course, in the latter you’ll be finding men of all sorts, but at least it will be among men.

Alright, this retreat is advertised as a yoga retreat for men. But to be really honest, you can see it as a gay yoga retreat in Bali.

Why? Well, unfortunately straight men and tantra in one group isn’t that common to find.

A lot of people still see tantra as something very sexual and that this is only shared among others.

Although it doesn’t need to be. And that’s the sad part about tantra. The outside world only sees the extreme sexuality, rather than what else it also has to offer.

That said, at this retreat you’ll be guided by Tommy and Francis. Together they’ve got more than fifty years of experience! I can’t think of more capable teachers to go into the depths of yoga and sexuality.

The retreat center itself is in the middle of the forest and very privately located. During your stay you won’t have to worry at all about being watched, as there won’t be anyone around.

This also makes that you can hike in the forest naked and go into the river as well.

This is an amazing retreat for those who’d love to be in nature and really work on themselves as well.

Are you ready to take the step? 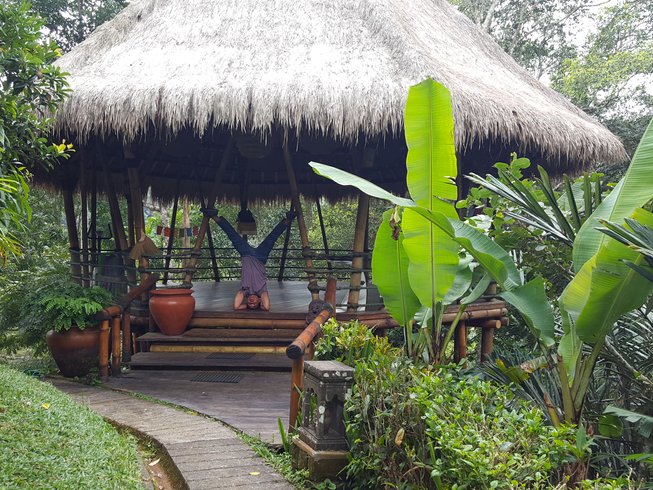 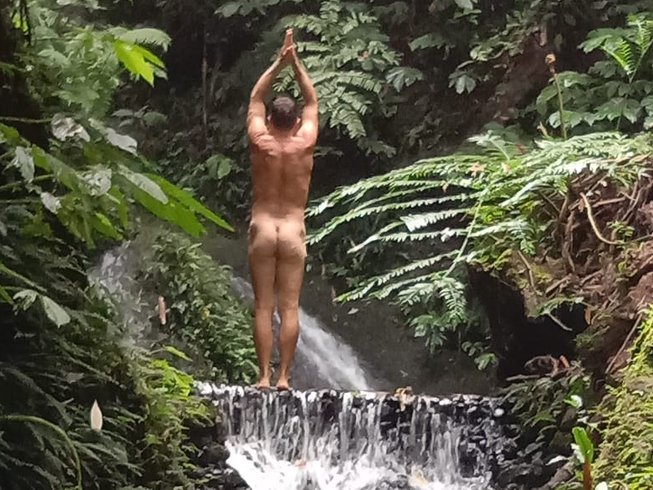 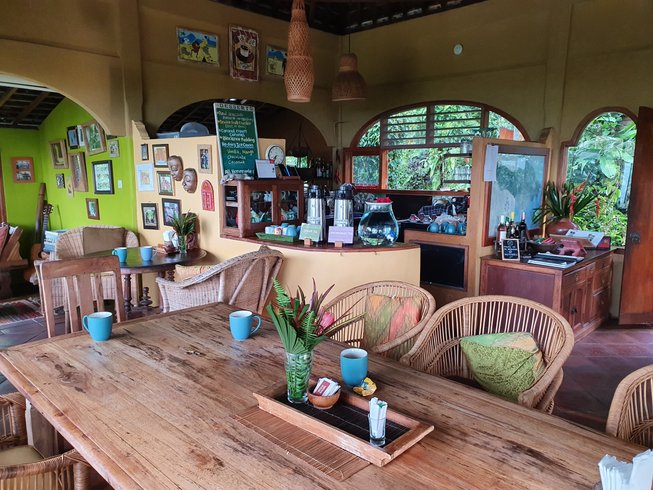 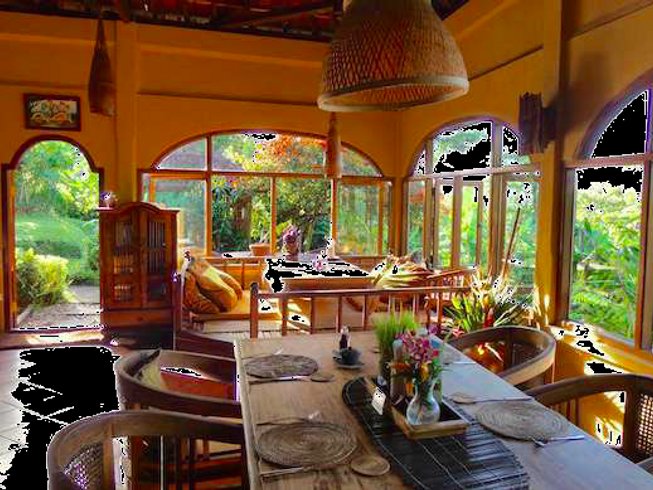 Picture by The Naked Yoga Man on BookYogaRetreats.com

QIGONG AND YOGA FOR MEN IN BALI

This retreat doesn’t just offer yoga classes for men only, you’ll also be doing some Qigong.

This retreat will last for five days and is actually an amazing retreat to get settled into Bali.

For five days you’ll be staying in Ubud, which isn’t only the capital of Bali, it’s also the spiritual centre of it all.

During these five days you’ll be in a group of just two. You’ll be having almost a private yoga retreat! And that for the price of just a normal yoga retreat.

Of course, if you’d like your partner to join, you can take him with you!

During these five days you’ll be hanging out and doing yoga with Michael. He’s quite a man. He has done a lot in his life and therefore he’ll be amazing to talk about all of the different paths that he has walked.

The center itself will be providing all of the meals, so you don’t have to worry about finding food yourself. And you’ll be even enjoying an occasional massage that is included in the price!

The itinerary really looks amazing, with mixing up yoga and Qigong, but also doing different kinds of workshops about energy and such.

This is really a must if you are a gay man or couple traveling around in Asia. Just to take a break from your adventure, or even to start yours! 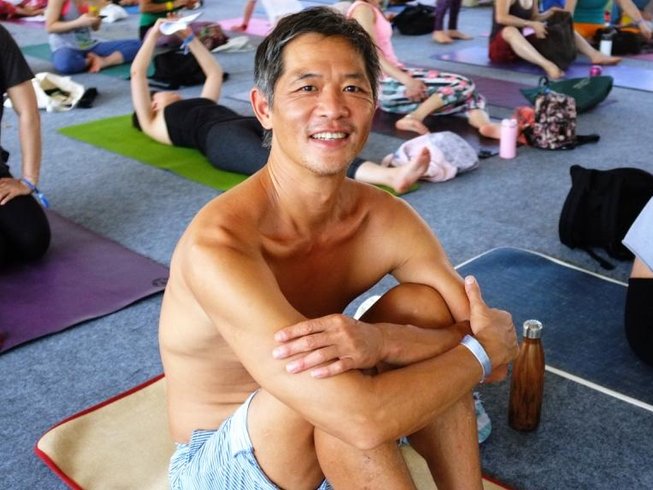 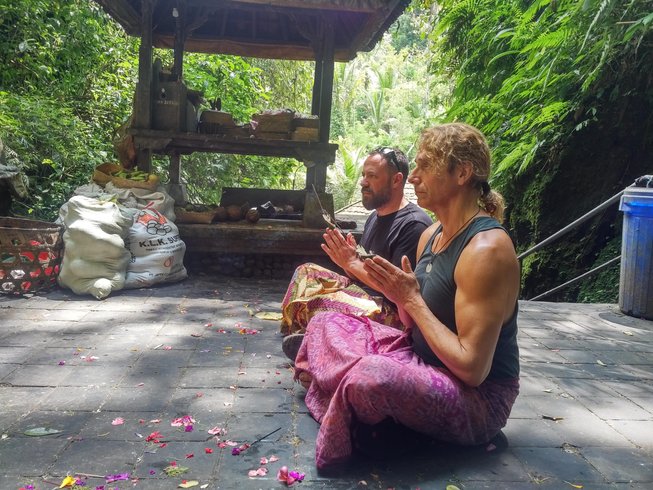 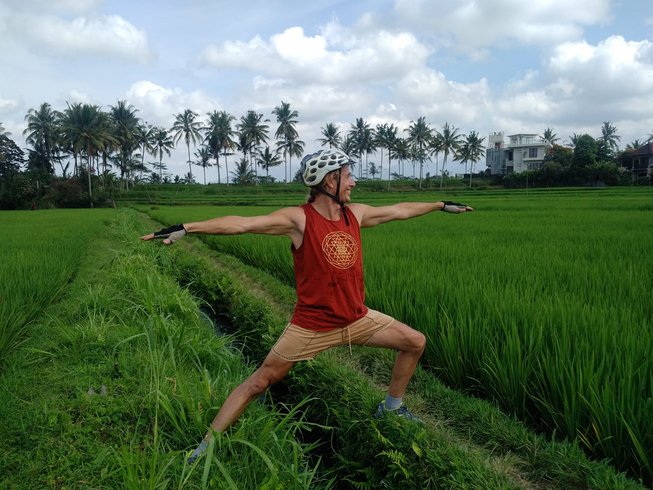 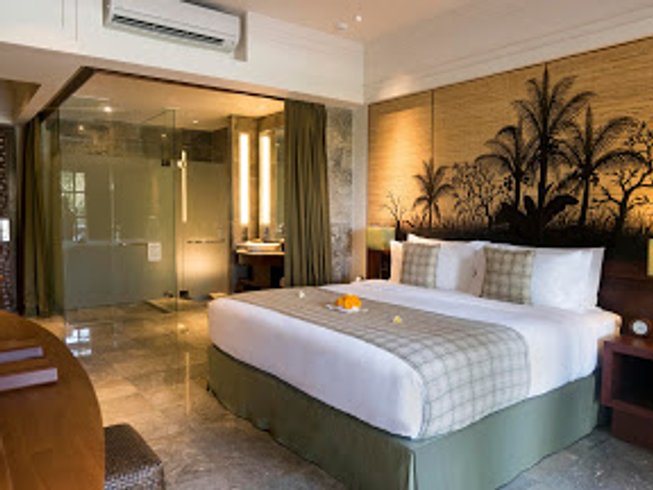 Pictures by Art of Life Retreats on BookYogaRetreats.com

India is of course the country where yoga originated and therefore it might be a great opportunity for every yogi to make this trip. Being close to the founders of this lifestyle we all love. And I’m even proud to say that there is a gay yoga trip where you’ll be able to meet like-minded people on your spiritual path!

This retreat is a bit between a retreat and a cultural trip, as you won’t be staying in just one location. Which makes it quite amazing for those who’d like to see a bit more of the country. India itself is a big country, so enjoy the richness of what every city has to give. On this trip, you’ll be visiting Kolkata, Bodh Gaya, Varanasi, and Agra.

And before I forget, you’ll be doing yoga as well of course ;). The retreat and yoga classes will be organized by Mark, who has a studio for naked yoga in Paris. On this trip, classes won’t be naked, which makes it an open retreat for all men (yes, even if you aren’t gay or bi you can come too!).

There is sooooo much more to talk about regarding this retreat, but if you’d like to know everything in detail, I’d just suggest you go to the retreat page, right here!

PS: There is also a yoga retreat with a contemporary art tour (in India) if that would be something more for you! 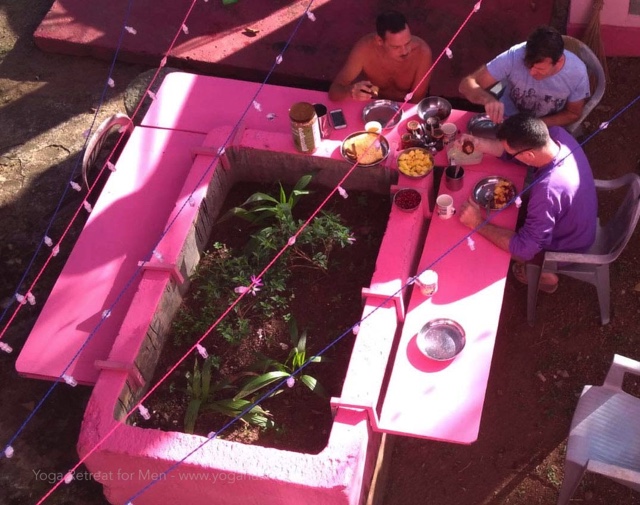 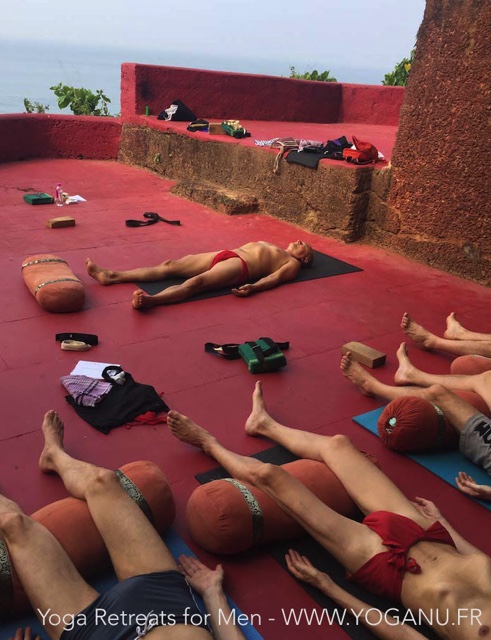 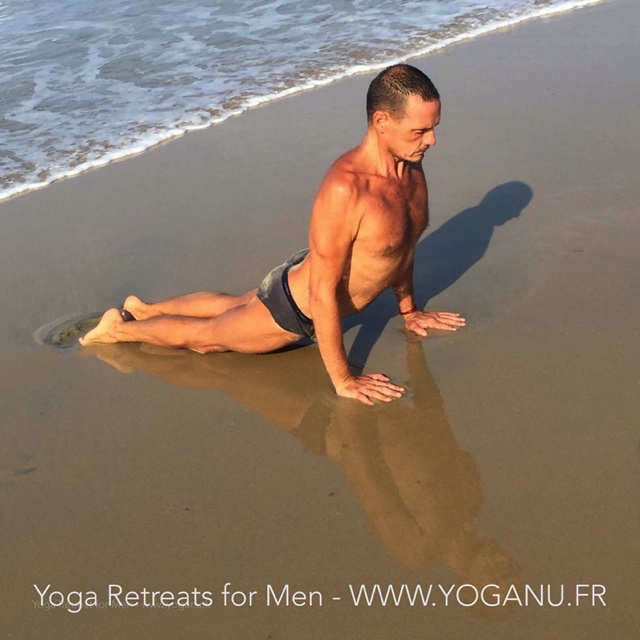 Pictures by Marc at Yoganu.fr

Wanna stay closer to home? If you are European, I’ve got some amazing Gay Yoga Retreats as well, right here. In this article you’ll also find more information about why you should go on a gay yoga retreat if you are part of the LGBTQA+.

Unfortunately, in Northern-America the hype for gay yoga retreats hasn’t arrived just yet. I’ve looked everywhere but couldn’t find anything at all. If you know about gay yoga retreats in the US or Canada, please contact me and I will add your retreat in a future article!

3 Relaxing Yoga Retreats in Massachusetts To Escape The Big City

3 Great Yoga Mats for When You Are On The Road