This article is gonna be a little bit emotional for me as I’ve suffered from a severe panic attack disorder myself.

After reading a blog post a few weeks ago from someone that I’m following, I realized that I didn’t tell at all why I started with yoga.

To answer shortly, It was because I was suffering from panic attacks. In such a way that it was controlling my life and making me feel miserable.

It wasn’t the best period in my life, but I have to say that I’m also grateful that I went through it as it brought me to where I am today.

What is an anxiety/panic attack disorder? 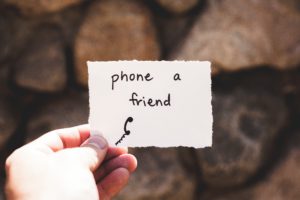 It’s a fine line between the two of them as they both go hand in hand. When I was studying to become a social worker, the panic attacks were a symptom of an anxiety disorder.

But when I was doing some research I noticed that the two of them are now categorized into two different disorders. Although anxiety and panic attacks still go a bit hand in hand.

So what is an anxiety disorder?

Well, to sum up, the information in the DSM-V (the diagnostic instrument for psychiatric disorders) it’s basically when you are worrying too much and when it’s affecting your life. You’ll get some physical symptoms like fatigue or restlessness, etc. 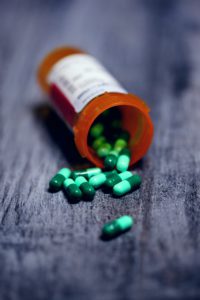 The symptoms of a panic attack are quite general and everyone has quite some similar effects.

Like: pounding heart, chest pain/discomfort, fear of dying, sweating (even when it’s freezing outside), fear of losing control/going crazy, … And there are many more.

If you want to know more or you feel like just talking to me, please leave a comment in the section below or send me an email.

My experience with anxiety

When I was going to college, my world completely changed. Everything was so intense and I was horrified of everything changing around me.

Somewhat before my first exams I suddenly felt that I couldn’t breathe anymore, my heart was starting to pound and I didn’t know what to do about it. My first panic attack happened when I was at home. Which makes it even weirder as I was in a safe and calm environment. 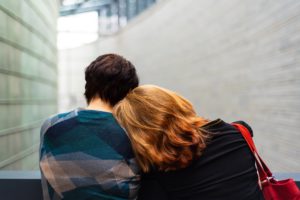 Well, to be honest, I think I had some panic attacks before, but I can’t remember them anymore as they were probably very mild at that time and also in situations where it was alright to experience a bit of anxiety.

That being said, the first panic attack I had was actually when I was just lying in my bed studying a bit and from there on it only went downhill.

From one moment to another I couldn’t go to class anymore, taking public transport was just alright but for the whole ride, I would just sweat and feel a bit claustrophobic, having all kinds of doom scenarios on my mind. I was already worn out even before my day started.

Also, my social life was suffering a lot because of it as I wasn’t going to the college parties, I wasn’t going into the bars after classes ended, etc.

How I overcame my anxiety disorder 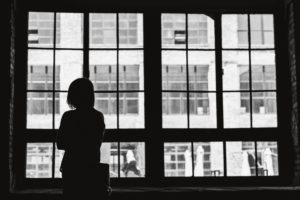 In the beginning, it was difficult, I didn’t want to talk to anyone about it as I felt that I was just exaggerating or even making things up maybe.

I did talk to a couple of people, but I could see that they didn’t get it. So for me, it was a struggle that I had to bear alone.

My first advice to anyone experiencing the same is to tell others, tell everything that you feel, and don’t be ashamed about it. I didn’t and I’m sad about it, as it might have sped up my recovery.

The first thing that I did was that I went to my doctor. He understood, but the medical world only has one solution: pills. I was at the point where I felt like I wanted to just take the quick-fix solution and get it over with.

I wanted a normal life. So I took one pill. And that pill gave me the hardest panic attack that I had ever felt. Immediately I stopped it and decided that I wanted to treat myself a more natural way.

But how to treat anxiety/panic attacks? 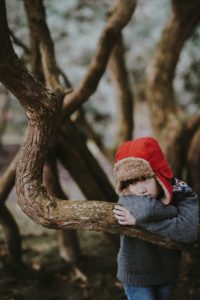 Well, first I went to a psychologist. We had weekly sessions about it and it helped me a lot.

After a while I felt that I had to do something different, the psychologist did do me a lot of good, but I also felt that I wasn’t making the speediest recovery that I was hoping for. At that time I was around 20 years old and I just wanted my life back, I wanted to enjoy and I wanted to live worry-free, or at least with less worrying. So I started looking into some other things to calm me down.

I was already meditating a lot and I felt some good things coming from it, but I missed doing something physical exercises.

And as I was having such strong physical reactions I had to do something with my body (plus I also gained a lot of weight as I was mostly sitting at home doing nothing). Which is why I first started with Tai Chi. It was a very good start to use my body and not only relax my mind but also the physical symptoms of panic attacks.

I felt that it was not only replenishing for my mind, but for the first time, I was also feeling that my body was finding some peace as well. It has been under a lot of stress as well as it was overactive for a very extended time. 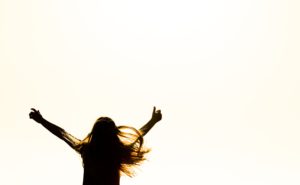 After a while I realized that I had to take it to the next level as well, now my body was calm and relaxed, but there wasn’t a lot of challenge for my body doing the Tai Chi.

That’s when I found my way into yoga, more specifically vinyasa yoga. And after a couple of months (of course, going through the whole process that I’ve described here) I didn’t have any panic attacks anymore. And I’m glad to say that I didn’t have a (massive) one anymore for years now.

So I’ve already summed up a lot of things here for you to do if you experience anxiety or if you experience panic attacks. I’m quickly gonna summarise everything here to get a clearer view of what you can/might do, including some links to helpful websites.

So first of all, talk to someone. Talking to someone is the first step of acknowledging that there is something going on and sharing with others can already be a huge relief of the struggle that you are going through. If you don’t have anyone around you who you can confide in, these days there are already some online programs that you can use to have a chat with. Better Help is an example of that.

Do something with your body. Physical exercise is not only to get you out of your mind and do something that gives you energy. It also stimulates a lot of hormones in your body that makes you feel better. Not only that but when you are experiencing any kind of down mood, it’s good to do something as your anxiety or your panic attacks are also keeping you on the sofa.

As I said I’ve found my refuge into yoga and that’s what helped me get out of the whole vicious circle that was keeping the disorder intact. I’m not saying that everyone has to do yoga now, but it can also be a part of the physical routine that you might be getting.

Here is a yoga session specifically targeted on people experiencing anxiety or panic attacks. If you might be interested, then also read my article on Yoga Download.

As I mentioned in the beginning I found inspiration in someone else’s article to come out with my story. Here’s the link if you’d like to read his article as he is talking more about what to do during a panic attack as well. 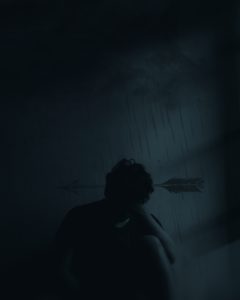 I’m not saying that this is the road that you have to walk to overcome your anxiety or panic attacks.

I am a social worker but I can’t diagnose anyone with anything. Nor can I prescribe the way you have to go.

I can merely share my story here and hope that people be aware that this ‘disorder’ and it’s effect are horrendously affecting that person’s life. I hope with this story to bring some more light to anxiety and panic attack disorders as I feel that it’s still something that people don’t often talk about.

That was it, for now, I hope you get something out of this article, please let me know below in the comment section if you have any more questions or if you’d like to share something.

3 Powerful Types of Meditation Practices That Fit You